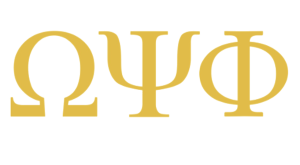 Mr. Christopher S. Houser affectionately known to friends and family as “Housequake” or “Big Chris”.  He was a product of the Sylacauga School System.  He is a 1990 graduate of Sylacauga High School.  He was also a 2003 graduate of Talladega College, B.A. History. He was a loyal and dedicated member of Omega Psi Phi Fraternity, Incorporated.

Mr. Houser was a long time barber (32 years) and business owner in Sylacauga, AL.  He was a devoted grandson, son, brother, friend, and fraternity member.  He enjoyed interacting with the children who came into his barbershop.  He did more than provide haircuts.  Parents intrusted their children with him because he provided a safe environment, discipline and life - lesson.  Mr. Houser had a special place in his heart for mentoring young men in the community.