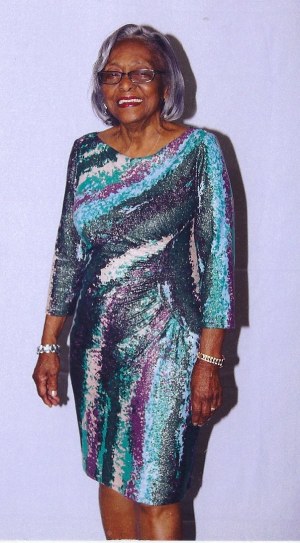 Nola, grew up in a loving household as an only child surrounded by cousins who immediately became sisters and brothers.  She accepted Christ into her life at an early age and became a faithful member of Scott’s Grove Baptist Church, Vincent, AL.  She served on the usher board, program and finance committees.  She was a part of Missions at Scott’s Grove, until her health began to fail.

Nola attended and graduated valedictorian from Shelby County Training School.  She also attended Cosmetology School in Birmingham, AL; and worked as a beautician for many years.  She then attended Nunley Technical College and became a certified nursing assistant.  She began her career in this role at Brookwood Medical Center, Birmingham, AL, where she would transition to a unit secretary and retired after twenty-one years of service.  Nola was well loved by her co-workers, and medical staff who quickly became friends and many memories were shared and made. Nola was united in Holy Matrimony to the late Mr. James Marion Oden, Sr. on April 1962.

Nola traded her cross for a crown on July 3, 2019 at Grandview Medical Center, Birmingham, AL.  She was preceded in death by her parents, Grady and Lula Bush; her son, David Alan Bush; sisters Evelyn “Bubbye” Smith Wallace, and Ruby Wright; brothers, Calvester Smith and Norman Smith.

To send flowers to the family or plant a tree in memory of Nola Bush Oden, please visit our floral store.