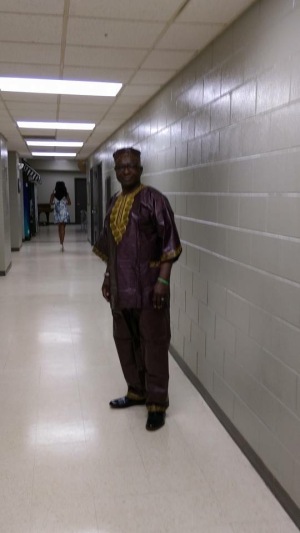 Jerry attended grade school at East Highland Middle School and graduated from Sylacauga High School of Sylacauga, Alabama. He was employed as a machinist for 17 years with Avondale Mills in Sylacauga and 5 years with Russell Mills in Alexander City.

In 1997 Jerry moved to California to begin a new chapter of his life. He continued his work as a machinist in Vista, California. He later retired due to medical complications. While in California, Jerry rededicated his life to Jesus Christ and began his work in ministry.  In 2010, Jerry relocated back to his hometown, Sylacauga, Alabama. He united with his home Church St. Paul A.M.E. where he served as a member of the Lay Organization, Sons of Allen, Trustee, Steward, Superintendent of Sunday School and a Delegate for the Alabama River Region Annual Conference.

Jerry was a guy with a good heart, spirit and soul. An awesome Husband, Father, Grandfather, Brother, Uncle, and a great Friend to many.  He loved reading his Bible. He blessed his friends and family with daily bible scriptures via text messages, social media or word of mouth. Walmart was his favorite place to spread his ministry. He loved walking the aisles of Walmart with a smile on his face and spreading the word of Jesus Christ. He loved meeting new people and making friends.

October 10, 2015, he was joined in Holy Matrimony to Betty Woods of Sylacauga, Alabama.

Jerry departed this life to be with his Lord and Savior on October 31, 2020 at University of Alabama at Birmingham Medical Center, Birmingham, AL. .

Jerry is also survived by children he gained when he marriage with his wife Betty; Shanna (Vince) Averette of Huntsville, and Justin Smith of Sylacauga; grandchildren Jordan Rush, Chyna Smith, Alivia Averette and Jaxon Jrue; and six sisters-in-law and one brother-in-law; and a host of nieces and nephews, and other relatives and friends

To send flowers to the family or plant a tree in memory of Jerry Lewis Pratt, Sr., please visit our floral store.