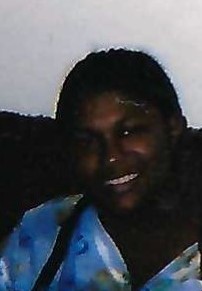 Tartina Vernell Leonard was born June 27th, 1971 to the union of Charles Leonard and the late Glenda Whetstone Leonard.

At an early age, Tartina, accepted Christ as her Lord and Savior and united with Pine Hill Seventh Day Adventist Church, Sylacauga, Alabama.

Tartina was a graduate of B.B. Comer High School, class of 1990.  She furthered her education and graduated from Wallace State Community College with a degree in dentistry.  Tartina was a dedicated employee with VA Dental Clinic in Birmingham, Alabama.

Tartina departed this walk of life on Sunday, March 20th, 2022 under the care of Grandview Medical Center, Birmingham, AL. She was preceded in death by her mother, Glenda Whetstone-Leonard, grandparents, Preston and Vernell Leonard Cleveland, Thelma Whetstone and other aunts and uncles.

To send flowers to the family or plant a tree in memory of Tartina V., please visit our floral store.