Share a memory
Obituary & Services
Tribute Wall
Read more about the life story of Annie Pearl and share your memory.

Annie Pearl Goggans Godfrey earthly journey began on May 18, 1924, in Nixburg, AL to the parentage of the late Cleophus and Annie Walls. Annie accepted Christ as her Lord and Savior at an early age and united with the St. Paul AME Church in Sylacauga, AL. She moved her membership to Mt. Zion Missionary Baptist Church in Sylacauga, AL, and at the time of her transition, she was the Elect Lady of New Beginning Ministries in Sylacauga, AL.

Annie received her formal education at East Highland High School in Sylacauga, AL. While attending EHHS, Annie was one of twelve girls of the basketball team who went undefeated for six years. Annie graduated from EHHS with the class of 1945 - the first graduating class of East Highland High School. She was recognized by the National Alumni Association of East Highland where she was presented with resolutions from the Mayor of Sylacauga and a congressional plaque from United States Congressman Mike Rogers.

Mother Godfrey was a Spirit-Filled Woman of God who was loved and respected by her family and her community. She was the epitome of strength and was admired by many. Annie was a lover of fishing and music. She was a member of the Snappy 7 Band, a founding member of the Grace Gospel Singers, founder of the gospel group Heavenly Voices, President of the Junior Choir of Mt. Zion Baptist Church, and founder of her own family gospel group, The Starletts of Sylacauga. She was also secretary of the National Singers Union and member of the Spiritual Singers Association. Mother Godfrey received a God-given vision for the present location of New Beginning Ministries, where she started an Outreach Ministry. Through this ministry, many families received essentials for their households but also received encouragement through the ministry of the Word of God. Mother Godfrey was full of wisdom and was a vessel for motivating and inspiring the Body of Christ to stand on the Word of God through any trial. At age 98, she continued to be an inspiration and a mother to her family, church family, and members of her community.

Along Mother Godfrey’s life journey, she met and united in Holy Matrimony to Overseer Erastus Godfrey and together, 15 children were born.

To send flowers to the family or plant a tree in memory of Annie Pearl (Goggans) Godfrey, please visit our floral store. 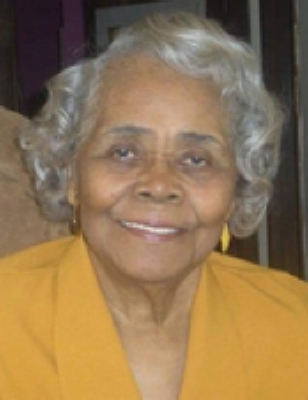